Math tubs are an exciting way to teach math. Math tubs are simply baskets or plastic tubs that are filled with preselected activities that allow students to practice skills and concepts they have previously been taught. I have my math tubs set up on each of five tables in my classroom. Each tub has enough materials for 4–5 students to use simultaneously. The activities in each tub can be differentiated or each table can have a singular activity and students can be assigned to the tub containing the activity that best suits their needs.

Math tubs help my students better learn and understand math skills and concepts, particularly because these hands-on materials allow students to learn through manipulation while in small groups or working independently. When using math tubs, students tend to be more motivated to complete the task. They are more focused on practicing what they have learned, and through this practice they gain more understanding and master the skills being taught.

In the past, my kindergarten students had some difficulties grasping the idea of decomposing. I created math tub activities that allowed them to practice this concept using a variety of manipulatives. Some of these manipulatives I already had in my classroom and others I found at Walmart, Target, or Dollar Tree. I created math mats for each activity, which allowed the students to see that there were two groups. This was important as they had to write their number sentence on the recording form. When I started this activity, I used the same number in all the math tubs because it allowed the students to have a week of practice with that particular number. By the end of the week they really gained an understanding of decomposing.

These activities were extremely engaging and the students enjoyed using them. I am attaching copies of the math mats, recording forms, and pictures of the objects that were used. 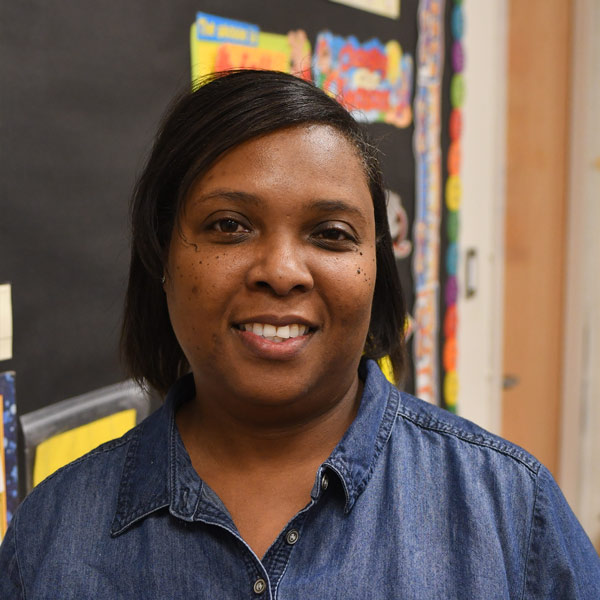 Louisa May Alcott
Kindergarten
Andrea Kitchen is a kindergarten teacher at Louisa May Alcott Elementary School. She has been teaching in the CMSD for 25 years, with 21 of those years in kindergarten and the remainder in the primary grades. Andrea received her bachelor’s degree in elementary education from Mississippi Valley State University. She obtained a master’s degree in education administration from John Carroll University and holds a reading endorsement from that same institution. Andrea has mentored student teachers and practicum teachers throughout her whole career. She continues to work with many of her mentees after they complete their college requirements and transition into their first year of teaching.